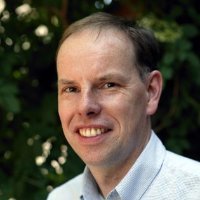 Norman Oliver is Managing Director of N D Oliver & Co Ltd, an SME Geomatics (Land) Survey company based in Sale, South Manchester. The company was first established in 1995 as a sole trader and grew from there to become the current limited company in 1999.

How did your career in surveying begin?

My father is a chartered land surveyor and had his own company (M N Oliver and Co), so my earliest experience of surveying was helping him at weekends or sometimes on jobs which by chance seemed to coincide with family holidays! Having decided on a career as a land surveyor, I went to North East London Polytechnic to complete an HND in surveying and take the RICS final exams. Following this, I started full time as a surveyor with M N Oliver and Co and completed my APC to become a chartered surveyor in 1989 and continued to gain experience of surveying and managing a SME company until setting up on my own.

In a typical week what sort of work are you doing?

As the company has grown, my role has increasingly become more and more office based and that of a manager of a small business rather than a surveyor. This has some benefits such as meeting clients but is a source of some regret as I do very little surveying now.

I have been privileged to work on some wonderful projects. Here are a few examples.

First, as a callow 16- year-old going to Garyan, Libya to work as a chain lad for a month as part of a topographical survey team – quite an eye opener!

My first big project for M N Oliver and Co, running a team of surveyors (7 teams at the peak) setting out the route, completing crossing surveys for design and as-built surveys. Our section of the pipeline was 92km long stretching through Lancashire and Cumbria. I learned a lot about organising teams and liaising with the main contractor.

This was the first big project carried out by N D Oliver & Co. The survey included all the new routes (75km) for the proposed “big bang” expansion of the Metrolink system. The work included using OS background maps, aerial photography, videos and structure elevations, as well as detailed topographical survey. It is hugely satisfying to have had a part to play in the development of a great transport system which has been such a benefit to my home town.

This was a government leaseback scheme, where the DWP proposed to sell off over 800 job centres to a private company. N D Oliver & Co Ltd was engaged to survey all the properties for NIA and many with full floor plans as well. The work had to be completed in a relatively short time period which meant sub-contracting many of the sites to other survey companies, generally by geographical location.

This work has been on-going since the 1980s and has become a bit of a specialist service for us. Cooling towers have been surveyed for shape, in comparison to the design and visually inspected for defects. As survey equipment has developed so too has the techniques employed, evolving from two instrument intersections, to reflectorless observations and now laser scanning. The specialised nature of the work has given us the opportunity to work on cooling towers as far away as Australia and recently in Maryland, USA.

What part of your job do you most enjoy?

Originally it was working outdoors in unusual, interesting and hugely varied places. There is also the opportunity to travel all over the UK and sometimes abroad and this is all paid for by the work. As my role has changed, I still get to travel a little, but meeting clients and other surveyors is the most enjoyable part of my role

What advice would you give your younger self on whether to choose a career in surveying?

I would have no hesitation in recommending a career in surveying. In my case I set up my own company, but it is important to get a good education in the basics / theory of surveying and then to gain experience doing the job first.